Hippity hop – It’s finally spring and Easter is around the corner!

SolidTrust Pay’s LiveChat and Verification Department will not be available on March 30th (Good Friday) and April 2nd (Easter Monday). Keep in mind, even if LiveChat is temporarily offline, you can still submit a ticket 24/7 by clicking here. SolidTrust Pay’s services will continue to function as they normally would during the Easter holidays.

For those that are celebrating, we would like to wish you a happy and peaceful Easter weekend.

A Breakdown of the Recent Data Harvesting Scandal

In recent news, data mining has made headlines, and not exactly for good reasons. For those of you who do not know what data mining is, it is the practice of examining large databases in order to generate new information – which is exactly what the UK-based company, Cambridge Analytica, does (and openly discloses on their website). Data mining collections can be used to influence consumer choices and even political outcomes. Currently, the tech giant Facebook is in the middle of a controversial data-mining scandal.

In a statement from Infosecurity Magazine, Facebook commented that “protecting people’s information is at the heart of everything we do, and we require the same from people who operate apps on Facebook. In 2015, we learned that a psychology professor at the University of Cambridge named Dr. Aleksandr Kogan lied to us and violated our Platform Policies by passing data from an app that was using Facebook Login to SCL/Cambridge Analytica, a firm that does political, government and military work around the globe. He also passed that data to Christopher Wylie of Eunoia Technologies, Inc.”

News sources estimate that 50 million people’s data, mostly in the US, have been harvested and shared without their consent via a 2014 Facebook quiz, which ultimately ended up in the hands of third-parties, according to a report from the Globe and Mail and a whistleblower who previously worked at Cambridge Analytica. Once discovered by Facebook, the company claims to have removed the application and deleted the data that was collected – Cambridge Analytica has made the same claims, and has stated that none of the information collected was used (you can read the official press releases from Cambridge Analytica here). Cambridge Analytica has also stated that “this Facebook data was not used by Cambridge Analytica as part of the services it provided to the Donald Trump presidential campaign; personality targeted advertising was not carried out for this client either. The company has made this clear since 2016 … Cambridge Analytica and its affiliates work with commercial brands and mainstream political parties in democratic elections. We did not work on the Brexit referendum in the UK.”

Have You Heard of Cryptojacking?

This past week, CBC did an article on a new cybertrend called ‘cryptojacking’. Cryptojacking is when, according to CBC, “hackers infect websites with malicious code that secretly conscripts visitors into an army of cryptocurrency miners. Cryptocurrency mining involves devoting a computer’s processing power to solving a complicated mathematical problem with digital currency offered as a reward … The cryptojacking process is invisible and web surfers typically don’t even realize anything is happening in the background, unless they hear their computer’s fan kick in as the machine is forced to work at its full capacity.” As of late, nearly 50,000 websites have been compromised. Of the 50,000, a lot of those are associated with the WordPress platform, which offers users and business the option to create easy-to-manage websites.

You may be wondering what the big deal is. The thing with cryptojacking is that you will not know if someone is using your computing power to mine cryptocurrency – it goes undetected, starts instantly, and doesn’t require a download. Should this process persist in the long run, your device, be it a mobile phone, iMac, or Windows computer, may literally burnout or become ‘sluggish’ – no one wants that, right? Although this trend isn’t as debilitating as ransomware attacks (remember WannaCry?), it should not be treated as less of an importance.

To help prevent cryptojacking, sources recommend running virus and adware scans regularly, and to be diligent about installing software updates. A simple solution is to close all screens when you are done with them after browsing the internet. This suggestion has a future pitfall – cybercriminals may find ways to install mining programs on your computer, despite all the browsing windows being closed. As mentioned previously, cryptojacking goes largely undetected, but developments are being made to detect the shady techniques early on. 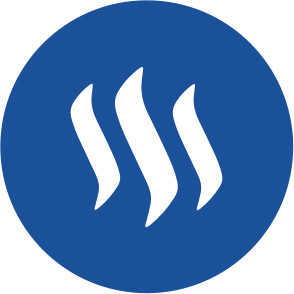